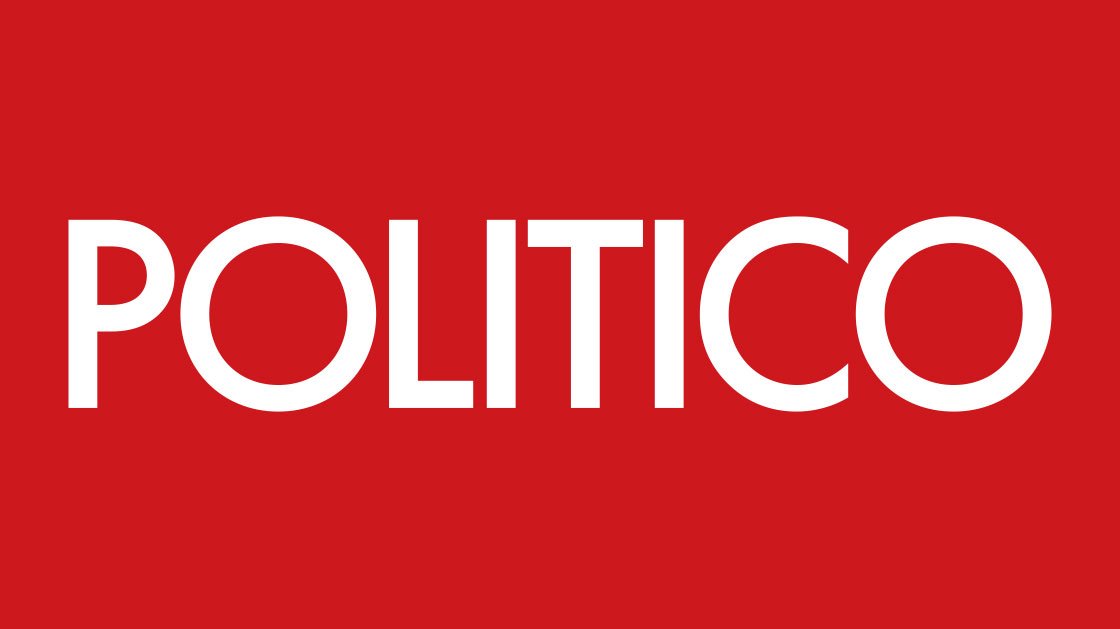 The Kremlin critic is being kept in one of the country’s toughest jails, Matrosskaya Tishina.

MOSCOW — Isolation is paramount in the notorious Matrosskaya Tishina prison where Kremlin critic Alexei Navalny is being held.

When guards escort high-profile inmates through the prison, they snap their fingers or use their keys like castanets to warn colleagues that they are coming. The goal is to keep human contact to a minimum — even if it’s just a quick encounter in the corridor.

The prison has been home for Navalny since a judge this week ruled that he should be placed in pre-trial detention for at least 30 days.

In a tongue-in-cheek Instagram post a day after his confinement, Navalny compared his new cell to Germany’s Charité Hospital, where he woke up from a medically induced coma in September after being poisoned with a military-grade nerve agent.

“But they don’t stick needles and tubes into my body, and they don’t connect wires to me (at least not yet). They also speak my native language. That’s a big plus,” he wrote.

The likely real point of his social media post, however, was to reiterate a call for Russians to take to the streets on Saturday in a nationwide, and unauthorized, protest. It is set to be a moment of truth for Russia’s opposition movement and also for Navalny himself. A huge turnout, his supporters hope, might prevent a years-long prison sentence. Or worse.

Russia’s prison authority — FSIN — claims Navalny breached the terms of a suspended sentence by staying in Germany after he had recovered from the poisoning. The sentence in question is connected to a 2014 embezzlement case which his supporters and the European Court of Human Rights have described as unfair.

A court hearing to decide whether Navalny will be given a prison term has been planned for early February. Until then, block 99/1 in Matrosskaya Tishina — which is Russian for “sailor’s silence” — will be his home.

Putin in the crosshairs

Navalny’s return to Russia was always going to be a major flashpoint.

From the moment he was able to speak again, he has pointed the finger for the attack directly at Russian President Vladimir Putin. A joint investigation with the Bellingcat website implicating the FSB security service poured more fuel on the fire.

Even from jail, Navalny has continued to fire his arrows. His team this week published an exposé about a lavish palace allegedly owned by Putin. Within 48 hours, the video had been watched 38 million times on YouTube.

The authorities, meanwhile, have fought back with the full force of the resources at their disposal — diverting Navalny’s plane to a different airport to keep him away from supporters and setting up a pop-up courtroom inside a police station.

Ahead of Saturday’s protest, opposition politicians and some independent journalists have received house calls from police. And Russia’s General Prosecutor’s Office and media watchdog Roskomnadzor have warned websites and social media, including TikTok, to filter out calls to join the protest.

To Navalny’s supporters it is proof the Kremlin is trembling in its boots. But when it comes to Navalny’s physical safety, the authorities are holding all the cards. And prison, some rights activists worry, might not be the safest place for him.

Though he is no stranger to being in jail — mostly for breaking protest laws —  Navalny has never been behind bars for this amount of time and in such a tough prison.

Located on a quiet street a 10-minute walk from Moscow’s bustling Sokolniki metro station, at first glance the pale yellow pre-revolutionary building does not look like one of the capital’s strictest prisons. Even with the barbed wire around the roof and huddled groups of police outside, it does not induce fear.

Inside is a different story. Block 99/1 of Matrosskaya Tishina is one of two detention centers in Russia under the control of the federal, rather than regional, penitentiary service. With room for only about 100 detainees, being locked up there is as much a recognition of status as it is of an impending doom.

“It is a rock in a sea of power and success, against which fortunes are crushed,” the nationalist writer Ivan Mironov, who was incarcerated there for three years for a failed murder plot against Anatoly Chubais, the controversial architect of post-Soviet privatization, wrote in his memoir about the prison. (Mironov was acquitted and is now a lawyer.)

Famous former detainees include the leaders of the failed Soviet coup d’état and Mikhail Khodorkovsky, the former oil tycoon who once, before Navalny, held the title of Putin’s biggest foe and spent four years there from 2003.

More recently, in 2016, Russia’s Economy Minister Alexei Ulyukayev awaited his trial for alleged bribe-taking there. As well as political big shots, it has also housed notorious mobsters and disgraced oligarchs. Among its many nicknames are “star factory” and “Kremlin Central.”

“It’s a place for defendants in loud, political cases. It is also the place where Putin puts away his enemies,” Zoya Svetova, a rights activist and commentator for MBK Media, an outlet financed by Khodorkovsky, told POLITICO.

‘A five-star hotel for rich people’

The star inmates and several corruption scandals involving prison officials have provided fodder for plenty of myths. “It’s as if you’re in a hotel somewhere on the Maldives. Instead of the grim Moscow winter, the warm ocean lies behind the window,” the Moskovsky Komsomolets tabloid wrote several years ago, describing 99/1 as “a five-star hotel for rich people.”

Navalny won’t be getting the VIP treatment. He will spend his two-week coronavirus quarantine period alone, in a 12 square meter cell normally reserved for three people with, according to his Instagram, a window and an iron bed frame.

Alexei Melnikov, a member of the independent prison monitoring organization ONK, who visited Navalny in his cell on Monday, confirmed to POLITICO that Navalny’s cell also has a fridge, television and a kettle and is painted a light green colour.

The block has hot running water and cells have their own toilet — not a given in Russia’s notoriously derelict and often overcrowded prisons.

But for such relative comforts the inmates of 99/1 pay a price: surveillance, all the time and everywhere. “Even in the toilet,” Svetova said.

She believes Navalny was transferred to Matrosskaya Tishina, rather than an ordinary detention center where material conditions might be worse but oversight more relaxed, to keep him from interacting with other prisoners or receiving information from the outside.

“Those confined become the ‘property’ of the prison authorities,” Marina Litvinovich, another ONK member, wrote on Facebook. “The main goal is to isolate, cut them off from all information and communication.”

Even during the daily hour during which they are allowed onto the roof terrace, inmates can only see their cellmates.

“The courtyards are small, covered by a roof, underneath which a small strip is left open to let through fresh air. You can’t see the sky,” said Litvinovich.

Navalny’s only connection to the outside world are letters which, unlike at Lefortovo, another federal prison, are allowed at 99/1. But their delivery, managed by FSIN, the penitentiary service, is conveniently patchy.

Navalny’s wife Yulia on Wednesday shared two messages she had received from the FSIN: first confirming her letter had been delivered, then saying there had been an error and it hadn’t arrived.

Not long after, RosUznik, a volunteer support group for political prisoners, reported that all letter deliveries to Matrosskaya Tishina had been put on hold because of “technical difficulties.”

Navalny’s lawyer Mikhailova said after a visit on Thursday that he had not received a “single letter.” She added that COVID restrictions meant he was not allowed to see any relatives or receive any packages. “He’s in an information vacuum.”

Undelivered letters might be the least of worries for Navalny’s close circle. The last time he was confined, in the summer of 2019, he suffered an acute allergic reaction; his entourage suspects it might have been an earlier attempt to poison him.

The list of freak accidents and deaths in Russian prisons is a long one.

The whistleblower lawyer Sergei Magnitsky died in Matrosskaya Tishina under mysterious circumstances. And in 2016, a defendant connected to a case against the governor of Komi also came to his end, in what prison staff described as suicide.

In 2014, Boris Kolesnikov, a general who worked in the Interior Ministry’s anticorruption department, suffered a cracked skull at Lefortovo — supposedly after he fell off a stool while washing his cell window. Six weeks later he leapt to his death out of a window during questioning at the headquarters of Moscow’s Investigative Committee.

“Fact is, anything can happen in a Russian prison,” said Svetova. “They observe you non-stop, but if they want to kill you you’ll never get your hands on the evidence. When we asked prison authorities to share their footage of Magnitsky they claimed they didn’t have it.”

Russia’s prison service did not respond to a request for comment on whether any additional measures had been taken to ensure Navalny’s safety.

Following a visit to his client on Tuesday, another of Navalny’s lawyers, Vadim Kobzev, said he had slept and eaten well and he had no complaints about the way he was being treated.

But after the brazen poisoning of Navalny in the summer, no one is sure whether high walls and security cameras are enough to protect him. 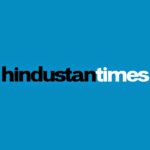 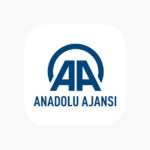