MOSCOW (Reuters) – Kremlin foe Alexei Navalny, detained on Sunday after flying back to Russia for the first time after being poisoned with a nerve agent, is spending his days under strict control in a VIP cell inside one of Moscow’s most infamous jails.

The prison, called Matrosskaya Tishina or Sailor’s Silence, occupies a block in Moscow’s north-east and has housed high-ranking prisoners the authorities wanted to cut off from the outside world since the Soviet era.

“I’d read about it (the prison) in books and now I’m here,” Navalny quipped in an Instagram post. “Russian life.”

Mikhail Khodorkovsky, once Russia’s richest man, who spent four years in the jail as its highest profile prisoner of the Putin era, tweeted that Navalny would find it harsh: “It’s tough in the beginning. And not much easier after. You can be killed at any minute.”

Navalny, held for now on a 30 day pre-trial detention order for failing to check in with parole authorities over a suspended prison sentence in a fraud case he says was trumped up, is occupying a three-person VIP cell.

He will be held alone for at least two weeks due to COVID-19 precautions, said Alexei Melnikov, a member of Moscow’s Public Monitoring Commission which observes treatment of prisoners.

Melnikov, who visited Navalny on Monday night, said his cell had a fridge, an electric kettle, TV and hot water.

Marina Litvinovich, another member of the monitoring commission, said the prison was famed for its control of inmates. Navalny was being held on an upper floor in a section informally supervised by Russia’s intelligence services.

“The motto of this central Kremlin prison is isolation from information. It’s about control and isolation,” she said. She said lawyers sometimes found it hard to access clients there and that medical attention was sometimes denied to those who refused to cooperate with investigations.

Navalny’s mother, Ludmila, complained on Wednesday that prison officials had told her they were unable to accept letters for her son for the time being due to technical problems.

Olga Romanova, head of Jailed Russia, a prisoners’ rights group, said housing Navalny at the jail was proof that he “is a very serious prisoner.” 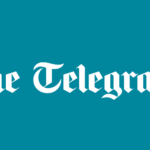 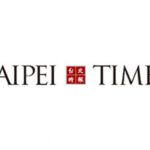