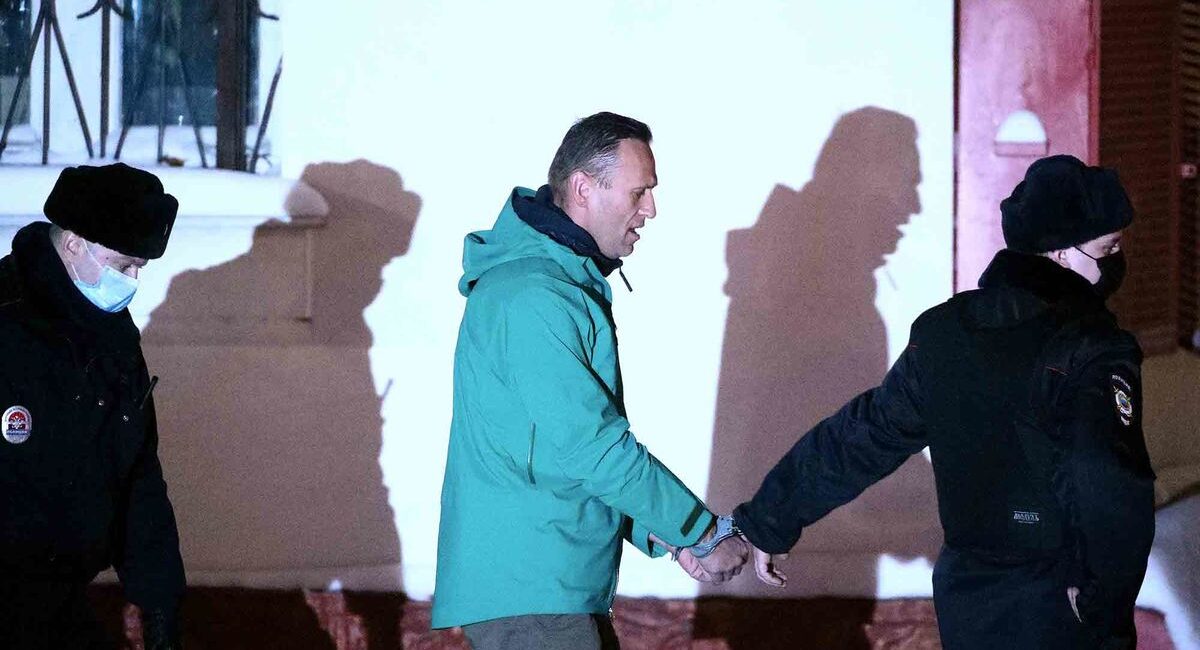 Jailed Russian opposition leader Alexey Navalny released a new expose showing what he asserts is a $1.35 billion palace on the Black Sea built for President Vladimir Putin in a show of defiance as the Kremlin vowed to ignore calls for his release.

The 44-year-old activist was jailed Sunday night on his return from Germany, where he had been recovering from a nerve-agent poisoning he and western governments blame on the Kremlin. As their leader sat in a quarantine cell in a Moscow jail, Navalny’s allies sought to keep up the pressure, putting out the YouTube video and appealing to Western governments to sanction key allies of the Russian president.

The Kremlin brushed off the U.S. and European demands for Navalny’s release, saying his case was a domestic matter. Spokesman Dmitry Peskov called the claims about the palace untrue, though he said he hadn’t watched the latest video, state-run RIA Novosti news service reported.

A major escalation in the Kremlin’s ongoing crackdown on critics, Navalny’s detention threatens a new round of tensions with the West and ferment at home, where he called on supporters to take to the streets in protest this weekend.

On a conference call Tuesday, Peskov warned the appeals to demonstrate may be a violation of Russian law. Authorities said they won’t issue permits for rallies, Interfax reported.

The speaker of the lower house of parliament, Vyacheslav Volodin, accused Navalny of acting on behalf of foreign governments. “Our task is to prevent foreign meddling, whoever does it,” he told legislators, RIA Novosti reported.

Supporters of Navalny, who’s being held in Moscow’s notorious Matrosskaya Tishina prison, posted an almost two-hour video on YouTube on Tuesday highlighting the palace allegedly constructed for the Russian leader that got almost half a million hits within a few hours. The politician has been an increasing irritant to Putin with his corruption investigations and success in galvanizing anti-Kremlin voters.

Calling it the biggest residence in Russia with a size of 17,691 square meters (190,424 square feet), the video alleges the complex boasts a 2,500 square-meter greenhouse for rare plants, two helipads, an underground hockey rink and a secret tunnel leading to the sea that features a cliffside wine-tasting room. It’s surrounded by a vast buffer zone controlled by the Federal Security Service intelligence agency, it said.

“This is a new Versailles or Winter Palace – a truly royal palace,” Navalny said in the video, which was produced when he was still in Germany. The main building, which Navalny’s activists filmed by drone, had to be gutted and redone because of mold caused by a poorly designed ventilation system, he said.

Sentenced to 30 days in jail on Monday, Navalny will spend the first two weeks in a three-person cell alone because of Covid-19 quarantine rules after his arrival from Germany, prison ombudsman Alexey Melnikov, who visited him in the jail, wrote in Facebook.

Prosecutors argued Navalny violated the terms of a 2015 suspended sentence by failing to make required check-ins with authorities, including while he was recovering in Germany.

He also could face separate charges of embezzlement punishable by up to 10 years in prison.

Navalny identified eight people as potential targets for sanctions, including billionaire tycoons as well as top officials, in a list released by a close associate of the activist.

— With assistance by Stepan Kravchenko, Andrey Biryukov, and Milda Seputyte